The international laboratory «Intelligent technologies for socio-cyberphysical systems» took part at the anniversary 20th conference of Open Innovations Association FRUCT (April, 3-7, 2017, St.Petersburg, Russia). The laboratory presented demo, that shows coalition formation scenario for obstacle overcoming by mobile robots. For the scenario demonstration, the Lego Mindsorms EV3-based robots had been used. The interaction between them is organized through the Smart-M3-based smart space. The demo has been awarded as best demo of the 20th FRUCT Conference. 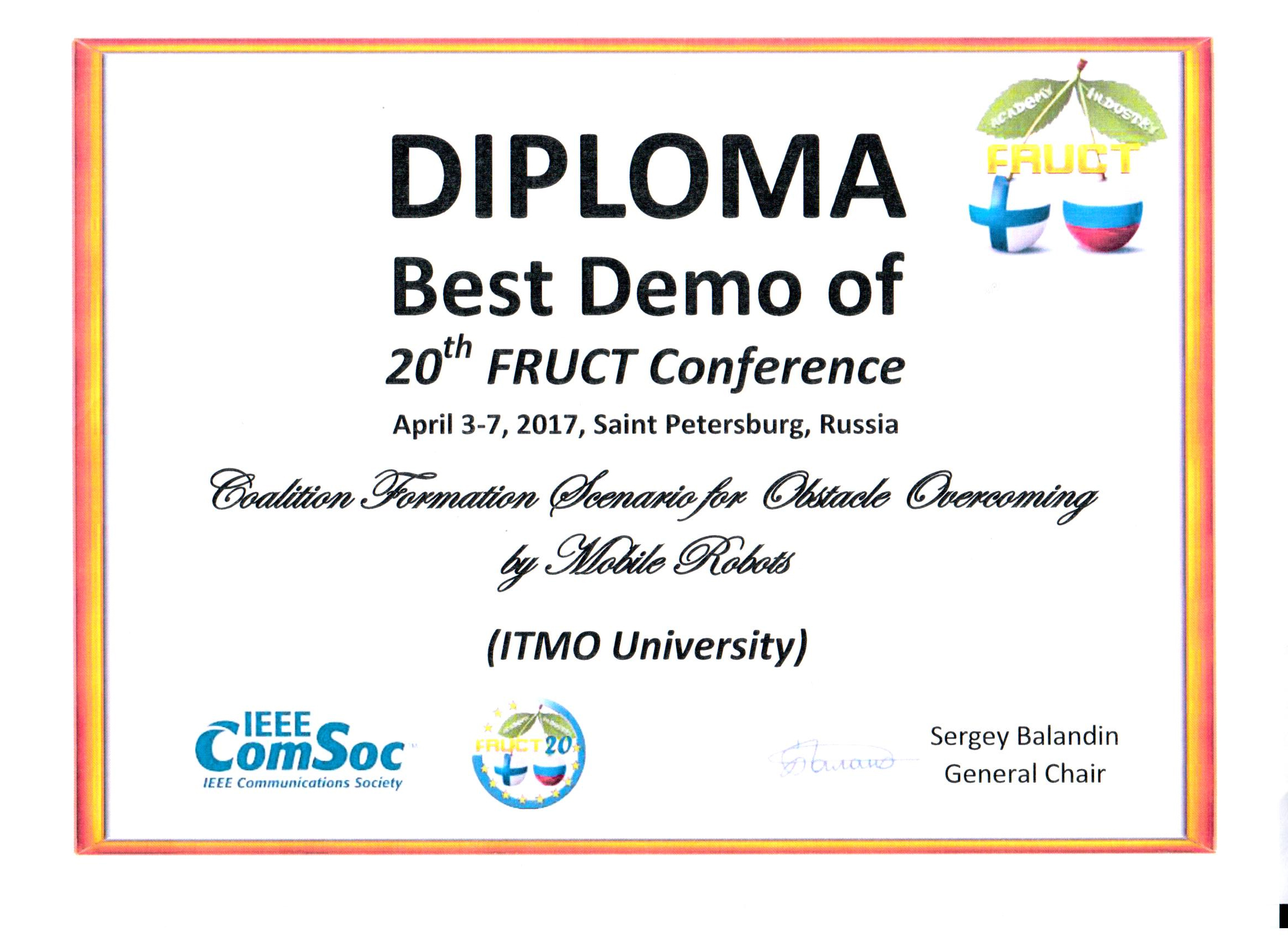